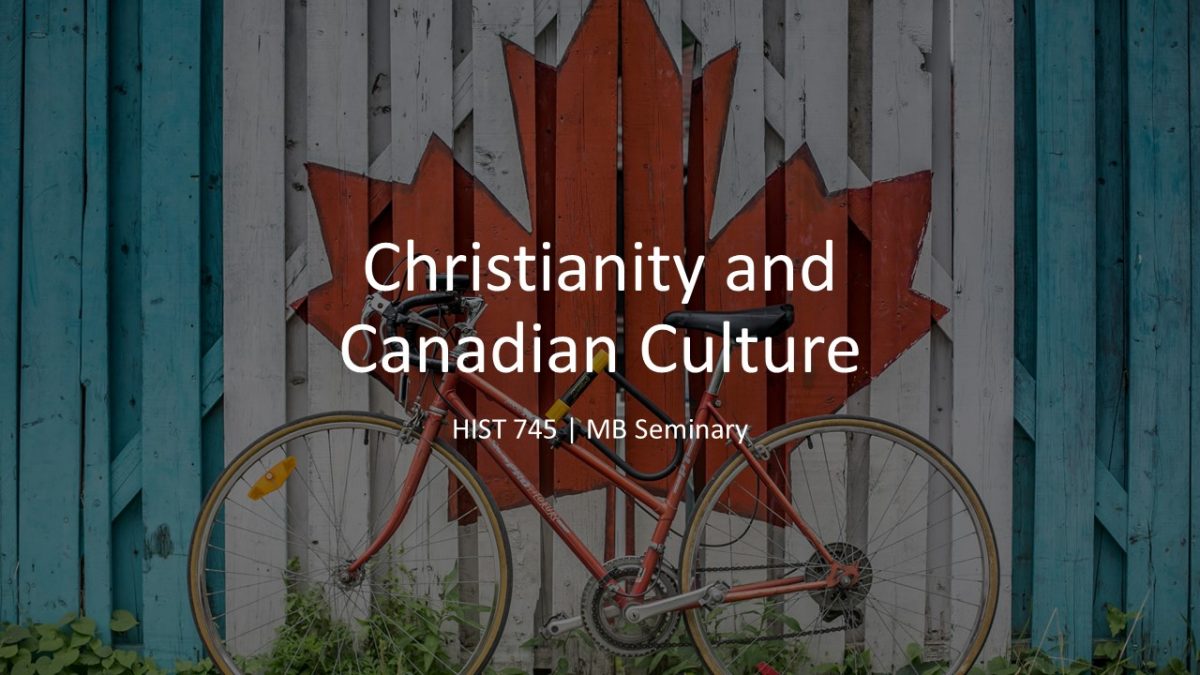 HIS 745 – Christianity and Canadian Culture

Canada’s reputation as a secularized, multicultural “post-Christian” society often obscures the fact that the history of this country has been inextricably bound up with the activity and expansion of its churches. Unclear also for many are the features that differentiate the story of Christianity in Canada and its neighbour to the south. This course traces the unique story of Christianity in Canada, and its impact on Canadian culture from the beginnings of European settlement through to the present. In order to understand the relationship between Christianity and Canadian culture, the course explores both Christianity’s historical role in forging the nation, and the way in which major political events and significant cultural and social changes have, in turn, given shape to the various expressions of Christianity in Canada. The course will emphasize particularly those developments within Christianity that have been especially relevant to the political, economic, cultural, and social life of various regions and of the country.

REGISTER FOR THIS COURSE

REGISTER (I’m not a current student)