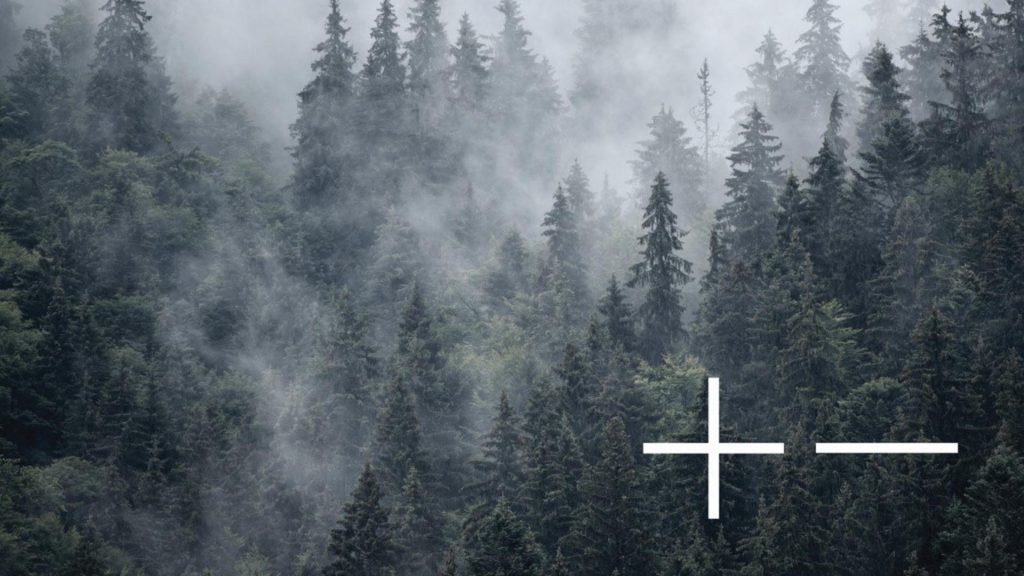 Growing up as an evangelical Protestant, I knew a little bit about Lent. It meant renouncing something superfluous like ice cream or movies. If I thought about it, I might also spend a little time in prayer and contemplation of the passion of Jesus.

But Lent was mostly an exercise in restraint.

For early Christians, Lenten fasting served the larger purpose of repentance. Lent began as Christians fasted alongside new converts, or catechumens, who were preparing for baptism at Easter.

Lent was a time not only to root out sin, but also to cultivate virtue.

It could be said that repentance, like an atom, has “positive” and “negative” elements that together make up the whole. The negative turning from sin and the positive attraction toward Christ through prayer and good works are the two sides of the process of repentance.

An early Christian prayer clearly describes this process. A ministry colleague introduced this prayer of humility and repentance to me during a staff prayer time.

“O Lord and Master of my life,
take from me a spirit of laziness, despair, lust of power, and empty talk.
But give rather a spirit of chastity, humility, patience, and love to your servant.
Yes, O Lord and King, help me to see my own transgressions
and not to judge my brother or sister,
for blessed are you unto ages of ages.
Amen.”

This prayer is attributed to Ephrem of Syria, a fourth-century church father known for his beautiful theological poetry and hymnody.

Since learning this prayer, I have used it as a plea for repentance, humility, and love.

Saint Ephrem’s prayer begins with a petition for God to take away the vices that bind and blind us.

First is sloth, or laziness, with its passivity and love of comfort. In this busy technological age, sloth can manifest itself not merely in the absence of action, but in wrongly placed attention and effort. Laziness means forsaking love and obedience to Christ for lesser distractions.

Despair, or despondency, considered a sort of eighth “deadly sin” by early Christians in the Greek East, is a state of all-encompassing negativity, giving up on the grace of God.

Ambition manifest as lust for power leads us to try to control one another and shape our world through coercion.

Empty talk catches us up in frivolous pursuits that distract our souls from seeking Christ. And, as James reminds us, the tongue can lead a person’s entire life down a path of destruction (James 3:5-6).

In this prayer, I seek deliverance from these forces that ensnare my soul and trap me in selfishness and despair. This turning from evil is the “negative” side of repentance.

To be stripped of these vices alone would do little were they not replaced by the fruit of the Spirit.

Chastity, or “whole-mindedness” according to Orthodox writer Alexander Schmemann, is rightly ordered love and attention.

Humility, which Augustine called “the foundation of all the virtues,” delivers us from pride and despair.

Patience and humility together help us resist the impulsive drives to promote ourselves and dominate others.

Love is the crowning fruit of the Spirit, our right orientation toward God and others.

This turning to Christ and growing in the fruit of the Spirit reflects the positive side of repentance – not only being emptied of sin, but being filled with good.

Finally, this prayer encourages humble self-reflection as an antidote to judgment, harkening to Jesus’ admonition to consider the plank in our own eye (Matthew 7:5).

Asking God to help us see our own sins is not an invitation to despair and self-loathing; rather it guards against pernicious pride, leading us toward a realistic and humble picture of our own sinfulness and God’s overwhelming mercy. True repentance is grounded in true humility.

The prayer of Saint Ephrem, which Orthodox Christians use throughout Lent, reflects both the negative and positive aspects of repentance. Repentance means turning from sin, turning to God and seeking to walk in the way of Christ.

John the Baptist commanded the Pharisees to “Produce fruit in keeping with repentance” (Matthew 3:8). Lent is an opportunity to cultivate these fruits, not only to weed out harmful, selfish, and gluttonous habits from our lives, but also to seek to grow in the grace of the Holy Spirit.
..

[Paul Foth is a student at MB Seminary in Langley. After working with prison inmates and migrant farmworkers in Washington State, he is now studying church history and working part-time at Trinity Western University.

This article was first published by the MB Herald on January 20, 2019.